Who Gets a Stanley Cup Ring

If it was that simple...

What was once a gift from the team to its player is now a lot more than that.

The first time a team gave its players a ring was in 1893 by the Montreal Hockey Club (visit Wikipedia to learn about this defunct team). Fun fact, this was also the first year the actual Stanley Cup was awarded. No other team gave the  players rings until 1927 when the Ottawa Senators won the Cup. Curiously enough, the Montreal Hockey Club did win the Stanley Cup again in 1915 but they opted to give the players watches instead.

There are lots of funny ring stories throught the years of the league, lots of them can be read in our other text about the Stanley Cup Rings. In recent news, just last year the Penguins went beyond what was done in past by also presenting the players’ wife with rings of their own.

That being said, this is exceptional. Usually, the rings are given to the staff – so we’re talking GM, coaches, trainers and other support staff – and we’ve seen some rings given as hommage to old players who had some sort of ambassor roles with the team.

How much does a ring cost

This is quite a jump when you think that in 1965 John Ferguson who had won the Stanley Cup with the Montreal Canadiens had to pay 60$ for his ring.

What if you're a fan and you want to buy a ring?

Some team, in tandem with the jeweler that craft the rings, will offer fans the ability to get their own version of the ring. If we take the Chicago Blackhawks example, they did just that in 2015

They came up with 2 versions of the ring (photos to come later) :

Check out these Rings! 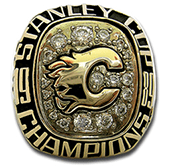 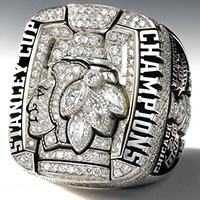